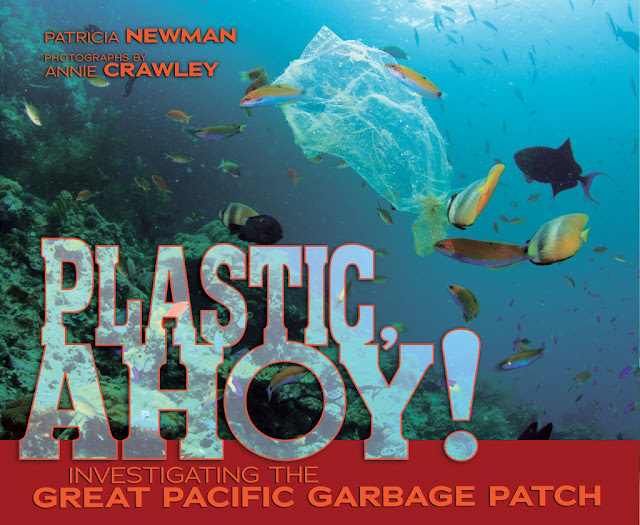 Written for Grades 4-8, Plastic Ahoy! chronicles a team of young scientists who sailed across the Pacific Ocean toward a massive accumulation of trash know as The Great Pacific Garbage Patch.  Using the scientific method, the team conducted many experiments they hoped would answer some tough questions. How much trash was in the Garbage Patch, and how was it affecting marine life?


Most of the trash they found was plastic: some as large as water bottles and others as small as pebbles.  These pebbles, called Nurdles, were too numerous to count.  (Nurdles come from larger plastics broken down over the years.)  As their experiments answered some questions, new questions arose for the team.

Plastic Ahoy is a well written book that takes readers on a fascinating scientific adventure.  It has accumulated a long list of awards, including Green Earth Book Award; Junior Library Guild Selection; AAAS/Subaru SB&F Prize for Excellence in Science Books, finalist; Banks Street College Best Children's Book of the Year; Nerdy Book Club Award winner for middle-grade nonfiction; and Authors for Earth Day Eco-Book of the Month.  It has been recommended by NSTA.