Many coral reefs in the ocean today are suffering from environmental damage so severe it threatens their existence.


Here's an example: Caribbean coral populations of staghorn and elkhorn "have declined more than 90 percent in the last 25 years".  When reefs are damaged, it sets off a chain reaction that affects marine animals and humans alike.


What Factors are Stressing Coral Reefs?

Ever since the Industrial Revolution (1760 to 1840), humans have been burning an increasing amount of fossil fuel each year.  As a result, the levels of carbon dioxide in our atmosphere have increased accordingly.

The high acidic levels are causing the shells of marine animals, including coral, to become soft and dissolve.  The reefs are becoming more fragile and less able to protect themselves.

Inside each coral polyp's body lives a small one-celled algae called zooxanthellae. The zooxanthellae contains chlorophyll (like a plant), used to create oxygen and to turn sunlight into a sugary food for the polyp.  It is the zooxanthellae that gives the coral it's color.

Temperatures are rising on the earth which is causing the oceans to warm too.  Warmer waters are causing the polyps to expel their zooxanthellae resulting in less food and oxygen for the polyp.  As the zooxanthellae leave, the coral looses its color.  This is called bleaching.

Coral can only live a short while without its zooxanthellae.  If the waters do not cool allowing the zooxanthellae to return, the coral will die. 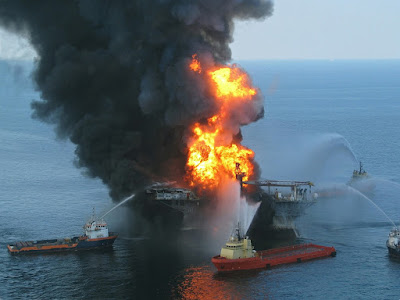 Land-based runoffs are a major cause of pollution.  Runoffs include fertilizers, sewage, and spills from chemicals and oil.

Land debris is another source of pollution.  Items such as plastic bags become entangled in the coral, damaging and eventually smothering the polyps.

National Geographic is currently running a series entitled Planet or Plastic. According to their research:"Rainwater ushers mismanaged waste from land into local waterways, which feed into larger tributaries and rivers, which in turn empty into oceans.  In this way, plastic from far inland can travel miles to the coastline."

Since reef coral needs sunlight to survive, it must live close to the surface where it is at risk of damage from:


What can we do to save the coral?

Scientists are aware of the problem and are doing their part to help the coral, including: 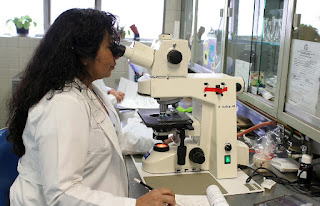 
It is important that all earth citizens do our part too, including:

1. Dispose of trash appropriately to keep it out of the ocean
2. Reduce waste by reusing and recycling
3. Use earth friendly fertilizers
4. Keep pollution from going down storm drains and street gutters
5. Turn off faucets to save water
6. Turn off lights to reduce fossil fuel consumption
7. Car pool or take the bus to reduce fossil fuel consumption
8. Vote for legislators who are concerned about preserving and using earth's resources responsibly.

For more information about caring for our ocean, please read my blog post: Six Ways To Care For Our Oceans.

2.  Thermometer by OpenClipart-Vectors is licensed under CCO Creative Commons.

4.  Scientist by ernestoeslava is licensed under CCO Creative Commons.