Watch this video for an amazing treat.


The animal in this video is a fish know as the feather star.  According to Tomasz K. Baumiller, a paleontologist from the University of Michigan, feather stars have been around for about 200 million years.  Now that's a very old fish.

How Do Feather Stars Eat?


Feather stars are filter feeders.  The fish remains stationary and lets the ocean currents do the work.  As the currents move around the animal, small tube feet flick plankton* into a groove that runs along each arm.  Once in the groove, microscopic hairs move the plankton to the animal's mouth located in the center of its arms.

*Plankton are microscopic plants and animals that float in the ocean.


Where Do Feather Stars Live?


Some live around shallow coral reefs and others live at great depths in the ocean trenches.


Are They Really Animals?


Feather stars are simple animals with both a digestive and a nervous system.  Their closest relatives are spiny skinned animals like the sea star, sea cucumber, brittle stars, and sea urchins. 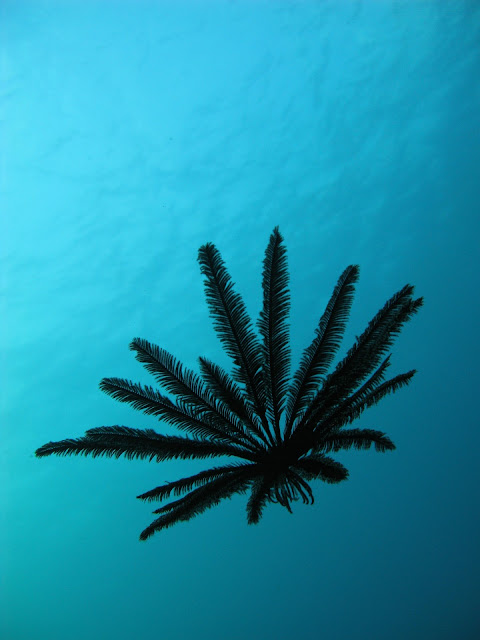